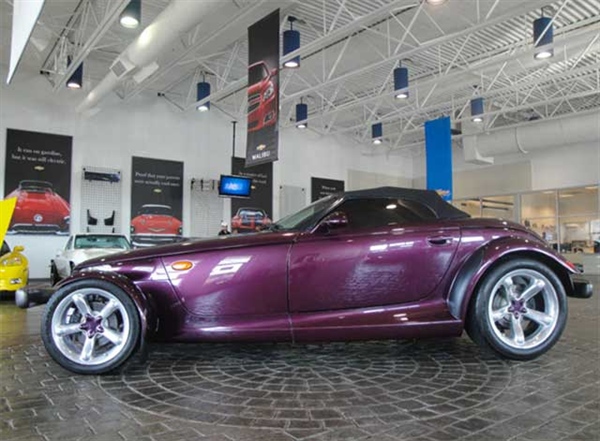 In 1999 I walked into my local Plymouth dealer.  I was destined to be married in the next 10 days but I can't really say that was on my mind.  I was more browsing than anything else, until I saw the shining black Prowler sitting in the middle of the show room.  I have to say any form of rational buying decision went completely out the window.  I sat down with a salesman (who obviously knew he had an easy battle) and wrote up the car that very day. 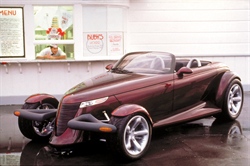 In 1993 Plymouth introduced the Prowler concept car. No expected a production car would follow.

The Prowler is a very special car.  It was first showcased in 1993 as a pure concept car.  It's swoopy lines and impossibly designed fenders made the car look futuristic, but also more like a design concept than a production car.  That soon changed when Plymouth announced the car would be available for sale, and with minor modifications to that beautiful concept vehicle.

With a chassis and body panels made of aluminum, the Prowler was a light car.  This also made it fragile.  I distinctly remember when I took delivery of my car the salesman took me to the service bay where my car was waiting.  The only mechanic they had who was certified to work on the car took me around my new baby while he had it on a lift.  He proceeded to scare the bejeezus out of me by pointing out all the places where if the car took a hit in an accident it would be considered totaled.

The body and frame were joined by straps that if were sheared the car would have to be totaled.  The aluminum frame could not be straightened, so if the car took a hard enough hit from the site it would be totaled.  The front suspension was designed in such a way that a frontal hit would total the car, and so on... Let me tell you, it sobered me to how even though the Prowler was sold as a production sports car in reality it really was a streetable concept car.  I never had an accident in the car (I sold it when my wife and I were expecting our first child) but then again I was exceedingly careful with it after the tongue lashing from the mechanic. 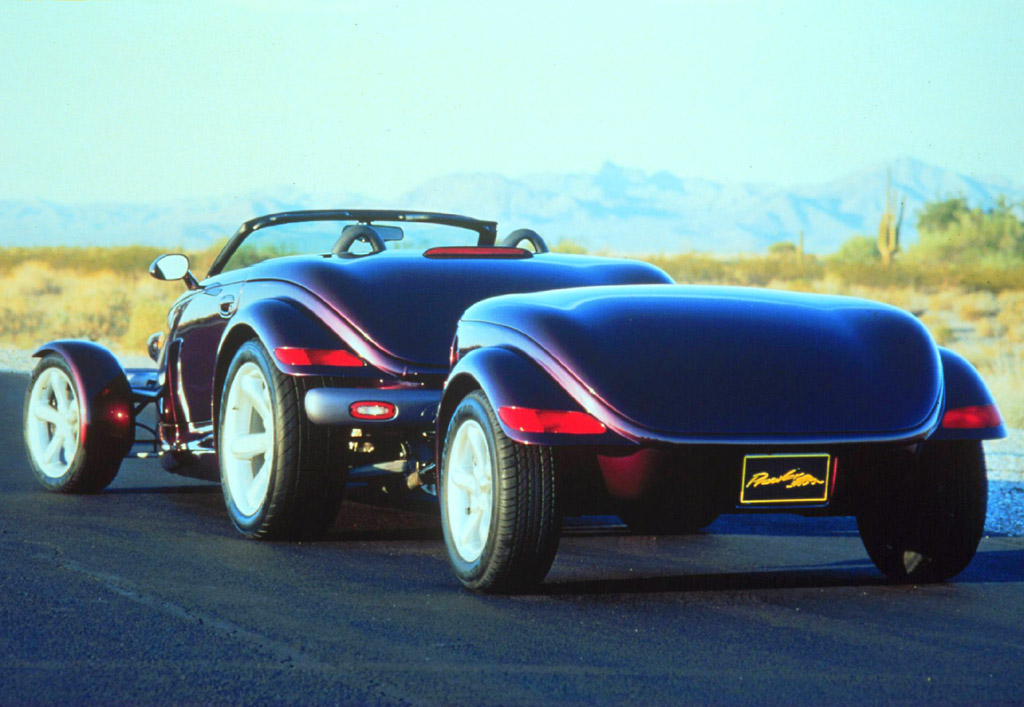 Because of the lack of storage space Plymouth sold an optional trailer for the Prowler.

The car has no storage.  By no storage I mean really no storage.  There's a small compartment behind the retractable top that can hold a leather jacket or a purse.  Maybe.  In order to gain some storage space some buyers picked up the optional storage trailer that Plymouth sold that emulates the tail end of the car.  Cute, but not very practical for driving around town.  Still, it's the only real way to travel any distance with a Prowler.

Found on eBay is this beautiful 1997 Plymouth Prowler, available in Prowler Purple Metallic, the only color available that first year.  Plymouth only made 457 examples in 1997, so this is a rare car to own.  Low miles also makes this a desirable choice.  These cars aren't for drag racing.  With only 214 horsepower you might be beat by that Civc, but man could you cruise.  Few cars at this price point are better to be "seen" in.

This particular car looks immaculate.  The interior is clean and the paintwork looks good.  As mentioned above it is important to see the vehicle history report of any Prowler.  Stay far away from any car that has been involved in an accident.  There are too many potentially disastrous pitfalls to a accident car.